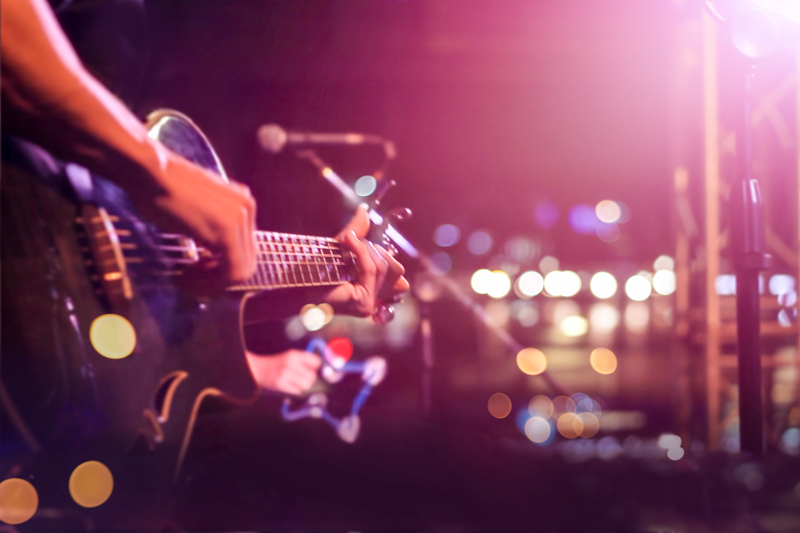 With summer right around the corner, you’re probably looking for an opportunity to get out of the house and enjoy the season. If you’re a music enthusiast, why not use some paid time off to travel to another city and enjoy some live music? Summer is a popular time of year for music festivals, so check out some of the best ones that America has to offer:

Lollapalooza was founded in 1991 by Jane’s Addiction front man, Perry Farrell as part of a farewell tour for the band before their first hiatus. The festival occurs annually in Chicago in late July or early August in Grant Park overlooking Lake Michigan, and hosts more than 160,000 attendees. The name Lollapalooza comes from around the turn of the 20th century, where it was used as an idiom to describe “an extraordinary or unusual thing, person or event.” Early lineups for the festival focused on punk and industrial acts. In recent years, the festival has featured a diverse lineup of artists including Kanye West, Muse, Imagine Dragons, Coldplay and Kings of Leon.

Whether your love of folk started with pioneers such as Theodore Bikel and Oscar Brand or more recent acts such as James Bay and Sufjan Stevens, the Newport Folk Festival has a little bit of something for everyone. Founded in 1959 by George Wein, the festival has historically introduced artists to a national audience. The Newport Folk Festival has never limited their lineup to purely folk performers, embracing such artists as Johnny Cash, Muddy Waters and Howlin’ Wolf. The annual festival takes place at the end of July at Fort Adams State Park in Newport, Rhode Island. In addition to the celebration of folk music, the festival heavily promotes environmentally-friendly initiatives such as recycling, composting waste, and works with vendors to provide local fare to attendees.

Founded by Kevin Lyman of 4Fini, Inc., the Vans Warped Tour attracts nearly 750,000 people annually. One of the longest-running touring festivals in the U.S., Vans Warped tour stops are often venues such as public parks and stadium or arena parking lots. The tour makes up to five or six stops a week in different cities across the U.S. and Canada from June through August. The Warped Tour has historically attracted punk, alternative and metal acts with occasional appearances by hip-hop and electronic artists. In addition to music, the Warped Tour hosts a variety of philanthropic and activist groups each year such as Invisible Children, To Write Love On Her Arms and Music Saves Lives.

Outside Lands has been held annually at Golden Gate Park in San Francisco since 2008. The event gets its name from a 19th century term describing the location of the current Richmond and Sunset districts near the park. The area, once seen as hard to access and uninhabitable due to number of sand dunes, earned the name “Outside Lands.” The festival had always had an environmentally-friendly focus including solar powered stages, water refill stations and recycling stations. Outside Lands’ lineup features more than 60 artists from around the world and the music is complemented with celebrations of food, wine and art.

The Made in America Festival was started by entrepreneur and hip-hop mogul Jay-Z in 2012 with a goal of celebrating music and culture together as one. The inaugural event occurred at Benjamin Franklin Parkway in Philadelphia on Labor Day weekend and it’s taken place there ever since. Three stages are built for the weekend including the Rocky Stage, Liberty Stage and Freedom Tent to highlight a variety of musical styles including rock, pop, hip-hop, R&B and EDM. In 2013, Ron Howard directed a documentary produced by Brian Glazer and Jay-Z highlighting the festival and how it represents the makeup of America. The 2015 edition of the festival saw the largest crowds since its inception with more than 140,000 tickets sold for the three-day event.


Back to the Spark →